Done By Supaya Wenuganen, PhD graduate from Maharishi University of Management, Fairfield, USA on how the Transcendental Meditation technique influences gene expression and ojas, the life energy of the body.

He analyzed 20,000 genes from two groups, Meditators and Nonmeditators.

Most of the gene activity of this two groups were neutral the same. but there was 74 genes that differ drastically in activity between the two groups.

some of those genes are :

> Many Stress related genes that are usual On when the metabolism is under a variety of stress. were nearly Off down regulated in Meditators compared to Non meditators. 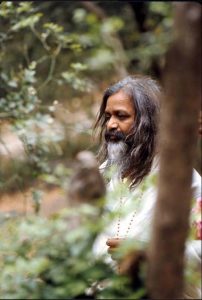 This shows that there is indeed a very subtle metabolite called OJAS that is secreted by meditators and that act even above the Epigenetic level of gene expression. on the edge or as a link between Consciousness and our Genome. That act as the Main Nectar and Key for Health, Well being, longevity, intelligence and self repairs of body deep on the Genetic level.